22 States That Will Take Your License For Student Loan Default 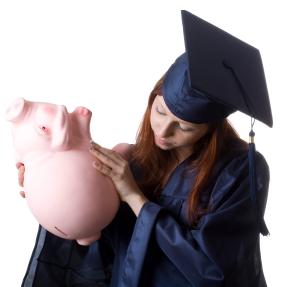 It’s not just wage garnishment that hangs over the heads of Americans with student loan defaults. As if garnishment was not bad enough, laws in at least 22 states go much further. You can have your driver’s license and or professional license suspended. There are at least 2 states that have legislators trying to over-turn the law. “It’s the most inappropriate consequence, because you are taking away their ability to eventually pay [their loans] back,” says Moffie Funk, the Montana state representative who sponsored the bill one bill to over-turn the Montana law.

Across the nation thousands of professional license and drivers licenses have been suspended, including teachers and nursing licenses. Montana has suspended 92 drivers’ licenses for defaulting on student loans. Bloomberg reported that Iowa has suspended nearly 1,000 drivers licenses. Collectors are using these laws to motivate borrowers to get loans in default on a payment plan and up-to-date. “It’s more of a deterrent than something that goes all the way to license suspension,” says Cheryl Poelman-Allen, of the Montana Guaranteed Student Loan Program. Threatening a license suspension is having some success in getting loans re-paid.

People with professional licenses with student loans in default are literally risking their careers. For those in default, it’s a real good idea to take whatever steps necessary to prevent this from happening. There are programs available to help those in default and even garnishment. The Department of Education has made various no cost programs available to help those struggling with their student loan debt get back on track. There are private services (document preparation and tracking services) that can assist consumers review the various options and preparing the necessary documents for student loan programs. TGT Student Loan Consolidation (a Florida Document Preparation, Submission and Tracking Service) advised us “Not everybody needs us. We provide assistance to people that are intimidated by the process, or have difficulty with time sensitive documents, or just don’t have the time in their schedule to get things done” 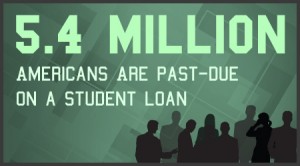 The most important thing for those in default is not to bury their heads in the sand. If you’re in default don’t “do nothing” things can get a lot worse. Start with a budget; take your revolving monthly expenses on one side, your income on the other. Subtract the former from the later. That is what you have left every month. With that information you know what you can pay each month toward a student loan payment. You will need to get into a repayment program. You can contact the DOE or speak with someone that knows about the various student loan forgiveness programs and consolidation programs. Above all make sure you take action. Do not leave yourself open to having a license suspended or your wages being garnished.